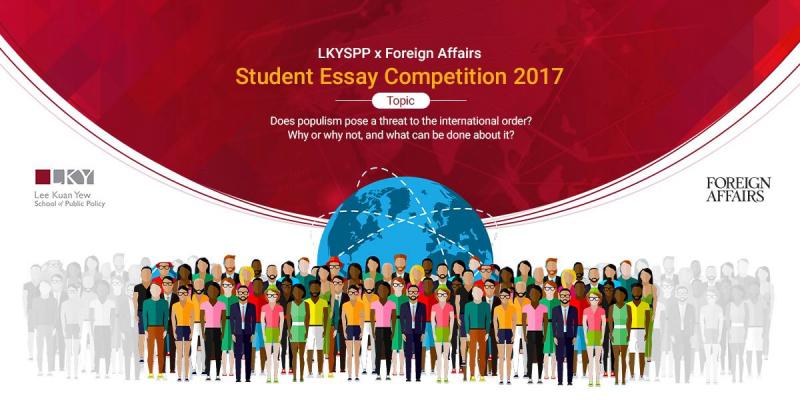 Entries are invited from undergraduates for the LKYSPP/Foreign Affairs Student Essay Competition 2017. Applicants are required to write on the topic: “Does populism pose a threat to the international order? Why or why not, and what can be done about it?” Foreign Affairs and the Lee Kuan Yew School of Public Policy want to give tomorrow’s leaders the opportunity to demonstrate innovative thinking on the issues that shape their world.

The Lee Kuan Yew School of Public Policy is a postgraduate school of the National University Singapore. The QS World University Rankings (2017) ranked NUS 15th in the world and 1st in Asia. They envision a world transformed through good governance and leadership excellence. They have partnered with Foreign Affairs to bring this competition to students.

Since its founding in 1922, Foreign Affairs has been the leading forum for serious discussion of American foreign policy and global affairs. It is now a multiplatform media organization with a print magazine, a website, a mobile site, various apps and social media feeds, an event business, and more.